The Mystery of the Pink Flamingo 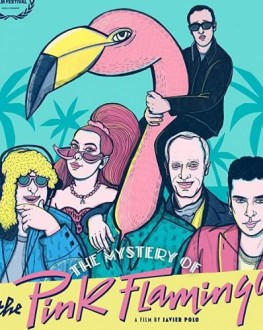 Rigo is a serious, logical but eccentric sound engineer who dreams of a strange phenomenon
that disturbs him: The Pink Flamingo, the epitome of kitsch. The flamingo, this pink, stylized and androgynous bird with a disturbing look possesses an unbelievable magnetism. Rigo feels attracted and disgusted. He tries to ignore it, but it is inevitable. These pink birds seem to follow him everywhere like signs that lead Rigo to an investigation to reveal their mysterious meaning.