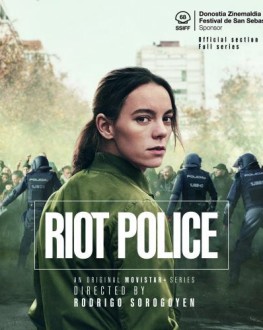 Six riot police undertake an eviction in the centre of Madrid which goes awry to the point that a man ends up dying. A team from Internal Affairs takes charge of investigating the events and the six riot police are charged with involuntary manslaughter. The members of the squad try to find their own way out which only ends up creating a rift between them and even further complicating the situation. Laia, one of the Internal Affairs officers, becomes obsessed with the case and ends up discovering that behind the ill-fated eviction there is a much bigger story.

The Mystery of the Pink Flamingo