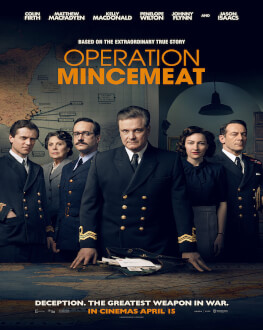 1943, World War 2 is raging throughout Europe. Knowing that deception is the greatest weapon in war, two intelligence officers conceive a plan to the Nazis into thinking that Allied forces were planning to attack southern Europe by way of Greece rather than Sicily. They use a corpse and misleading papers, but will the Nazis take the bait? A compelling war film starring the popular Colin Firth!