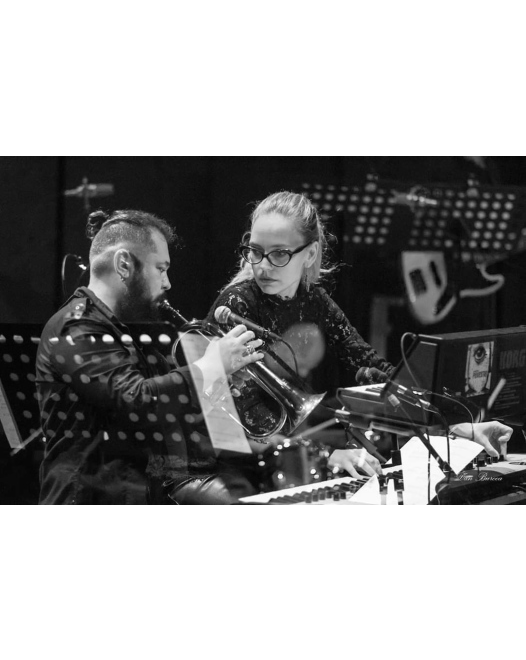 A rare collection of Romanian archive short films from the first half of the 20th century, a true testimony of the early Romanian cinema, are brought to life by the musical interpretation of Simona Strungaru and Sebastian Burneci. From reverie to burlesque comedy, the collection “De haz, de necaz”, created especially for TIFF Oradea, opens a window on life from the beginning of the 20th century.

The public will be able to watch the following short films:

A graduate of the Master of Music at the Amsterdam Conservatory, Simona Strungaru is a multi-talented musician, conductor, composer and pianist. Permanent conductor of the Bucharest Jazz Orchestra and Sonomania ensembles,  she composes film music, records original music, and performs at international genre festivals.

Born in Constanța, in a family of musicians, son of one of the founding members of the legendary Pop-Rock, Red and Black band, Sebastian Burneci is both founder and leader of the Bucharest Jazz Orchestra and first trumpeter and soloist of the Broadband Big Band Romanian. Bucharest Jazz Orchestra is the only private Big Band with permanent activity in Romania dedicated to the interpretation of contemporary jazz creations in collaboration with international artists such as Alex Sipiagin.