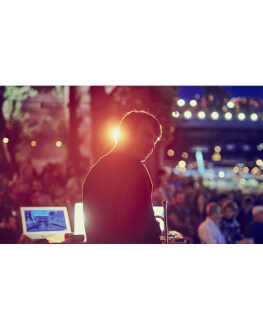 A floating journey on the Danube from Regensburg, Germany up until the Black Sea. Documentary filmmaker Gergő Somogyvári travels on cargo ships while capturing the life of the crew who spend most of the year on the river. During our almost two-hour trip with the Danubian nomads, we travel 10 countries, sail through 3,000 kilometers meanwhile we take a glimpse at the sometimes natural other times urban environment while Lőrinc Barabás, composer of the original score performs the soundtrack live during the screening on his trumpet and loop-station. With the visuals of the film and the live music performed together, they create a particular cinematic experience that engages the audience on a special way.