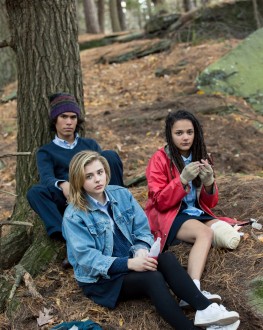 When Cameron loses her parents in a car accident she’s left with a sense of guilt and relief because their death mean they’ll never learn that she’s gay. Years later, Cameron is living with her born-again Evangelical aunt while sleeping with the prom queen. When the girls are caught in the act, Cameron’s sent to a conversion therapy center where teens are "cured" of their homosexual attractions.