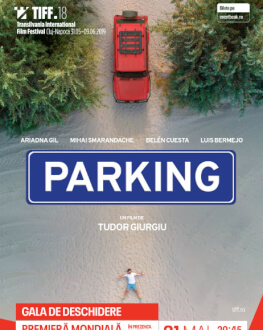 The movie tells the tale of Adrian (Mihai Smarandache), a poet who immigrates illegally to Spain in 2002 and finds employment as a night guard at a car dealership managed by Rafael. Adrian’s life is forever changed when he meets Maria, a guitar player in a jazz band. His journey in search of great love will turn into a surprising, sensitive and challenging story that the Romanian audience will watch for the first time at TIFF, in the presence of the team, on the giant screen in Unirii Square Open Air.