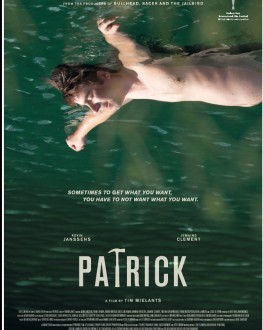 Patrick is the handyman on his father's naturist campsite. When Patrick loses his hammer, his quest to retrieve it takes him to the farthest corners of the camping grounds. Sure enough, when Patrick's father passes away, Patrick's quest turns existential. Is he mourning because of his father? Or is he thinking mostly about his lost hammer? In the meantime, the resident campers are beginning to question Patrick's leadership abilities, fearing for the survival of their beloved sanctuary.