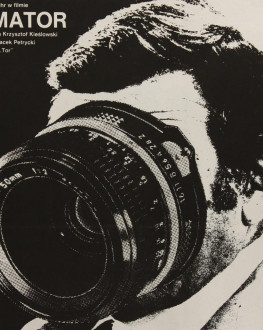 Filip, a clerk in a small Polish town, buys an 8mm movie camera to film the baby his wife is expecting. His manager takes an interest in the camera too and commissions him to report on the 25th anniversary of the firm. The film is shown at an amateur film festival. Encouraged by his success Filip makes more films but runs into obstacles raised by his manager and his wife’s refusal to understand the change in his behaviour.