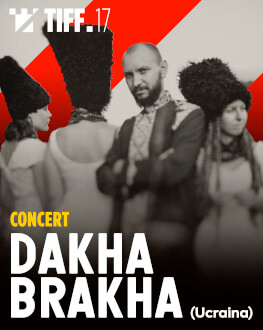 After a 5 year break, Ukrainian «ethnic chaos» band DakhaBrakha comes  back to TIFF with a new show but with the same unique and energic style. Ever since their first show in Cluj, they grew an impresive fan base all over the world, being invited to perform at major events such as Glastonbury or Bonnaroo. Accompanied by Indian, Arabic, African, and Australian traditional instrumentation, the quartet’s astonishingly powerful and uncompromising vocal range creates a trans-national sound rooted in Ukrainian culture.