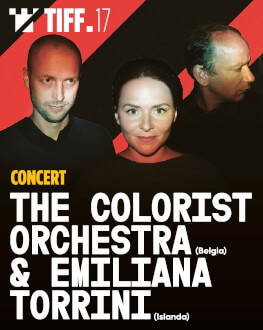 The hypnotizing sound of the Belgian band is the result of the incredible combination of classical instruments, used in unconventional ways, and unusual musical objects. When the voice of Emiliana Torrini is added to this sound, the result cannot be anything other than spectacular.

Often compared to Bjork, the Icelandic artist can also be heard on the soundtrack of films such as The Lord of the Rings (2002, by Peter Jackson), Men, Women & Children (2014, by Jason Reitman) or Tenderness (2009, by John Polson). Her work with The Colorist Orchestra resulted in an album which must be listened to live at least once in a lifetime. In addition, the fantastic décor - a continuously moving wood installation - turns the show into a memorable audio-visual story.