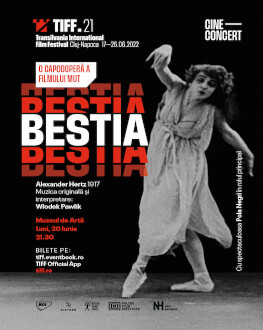 Pola Basnikov is an adolescent girl living with her parents. She likes to stay out late and rabblerouse with her friends, to the worry of her parents. One night she and her father get into a fight, so Pola decides to run away. Her boyfriend, Dmitri, helps her get lodging at a hotel. Pola gets him drunk, takes all his money, and leaves, leaving behind a note promising to pay him back. Pola gets work as a model at a modeling studio, which opens up work for her as a cabaret dancer. One of the cabaret's patrons, a married man named Alexi, is taken by Pola, and the two engage in an affair, with Pola unaware that Alexi already has a family.