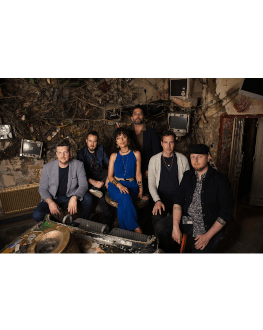 Nasip Kısmet is the project of Turkish musician Arif Erdem Ocak, established in Budapest after a successful start with Seksendört, the band that dominated the Turkish charts in the mid-2000s. Turkish folk, old or contemporary, takes on a new form in the interpretation that has become one of the most sought after live shows in Hungary. Prepare comfortable shoes, no one can stand too much on the chairs at a Nasip Kismet concert!